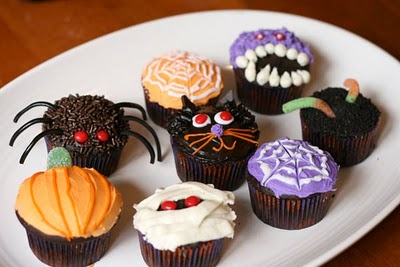 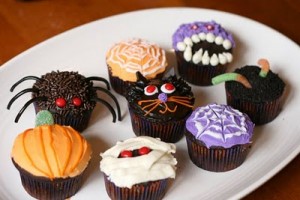 These are creepy Halloween cupcakes specially prepared for kids party. In this recipe some techniques of making different faces are given which you can apply for making rest of the faces as mentioned in the photo of this recipe.

Fill the piping bag with white vanilla frosting and attach the flat shape nozzle to the bag. Squeeze the icing on the muffin in zigzag pattern leaving center portion, place the small red candy in the center to make eyes of mummy.

Apply thin layer of chocolate frosting on top of muffin, spread chocolate sprinkles over the whole frosting. Place two red candies for eyes in the lower side of upper surface and insert 3 chocolate whip licorices on each side of eyes.

Make thin layer of white vanilla frosting on the top of muffin, using piping bag of small nozzle tip make circles of chocolate frosting and pass the knife edge over these circles at equal distances. It will look like spider web. 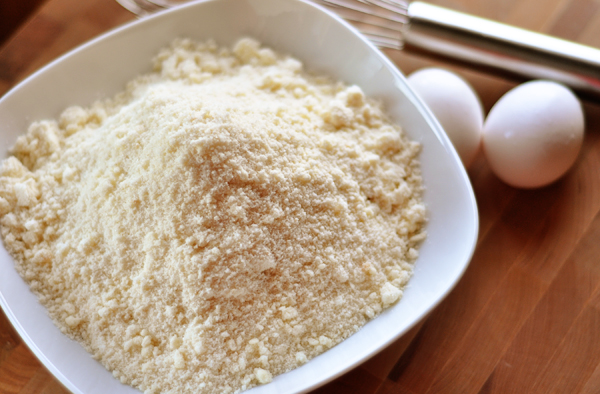 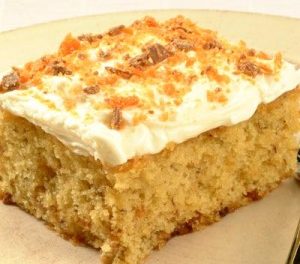 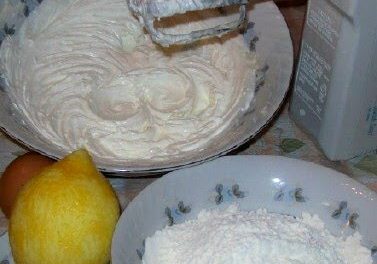 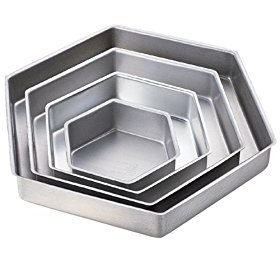