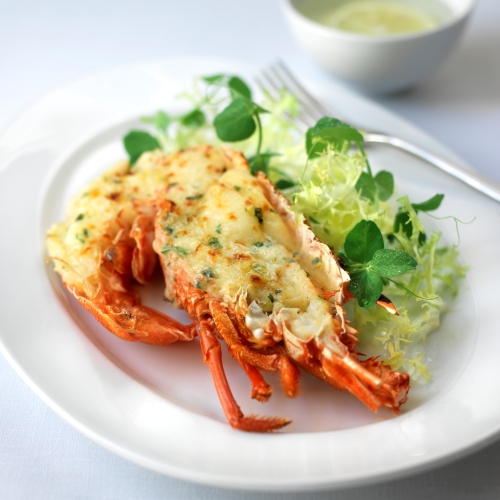 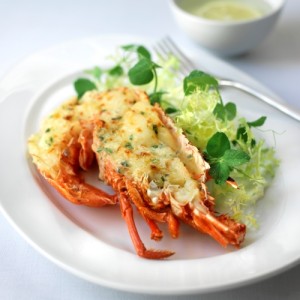 This Lobster Thermidor Recipe is a famous French food served in the lobster shell. The shell contains a special creamy lobster sauce. The sauce very much resembles with the white sauce but adding lobster meat and mushrooms to the sauce gives entirely different taste.

1. First you have to separate meat from the shell, for that you need to boil the lobster in salted water for 8-10 mins.
2. After that take out the lobster from the boiling water and let it cool. When it is cooled enough to handle, cut it lengthwise from the center and take out all the flesh from the shell using spoon. Give some twist while taking off the meat to scrap all the meat. Reserve shell for serving.
3. Now cut the meat into small cubes and set aside.

1. To prepare lobster sauce for the thermidor, heat butter in a heavy saucepan. Saute garlic and onion in it for just 1-2 mins.
2. Then add lobster meat and mustard and cook for 2-3 mins. Add in sliced mushrooms along with flour and stir well to cook for further 2 mins.
3. Now add chicken broth and let the mixture boils.
4. After that add cream and mix well, when the mixture gets thick and bubbly add seasoning of salt and pepper.
5. Remove the pan from heat and pour the prepared lobster sauce onto the shell, sprinkle gruyere cheese and parsley on top and let it grill in oven or microwave for just 1-2 mins. until become light golden from top. 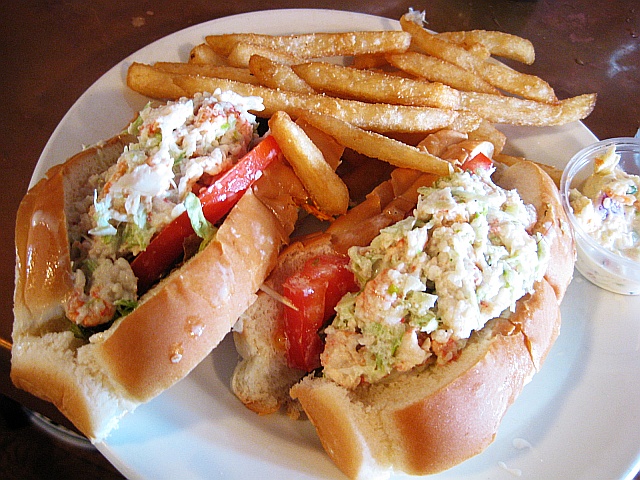