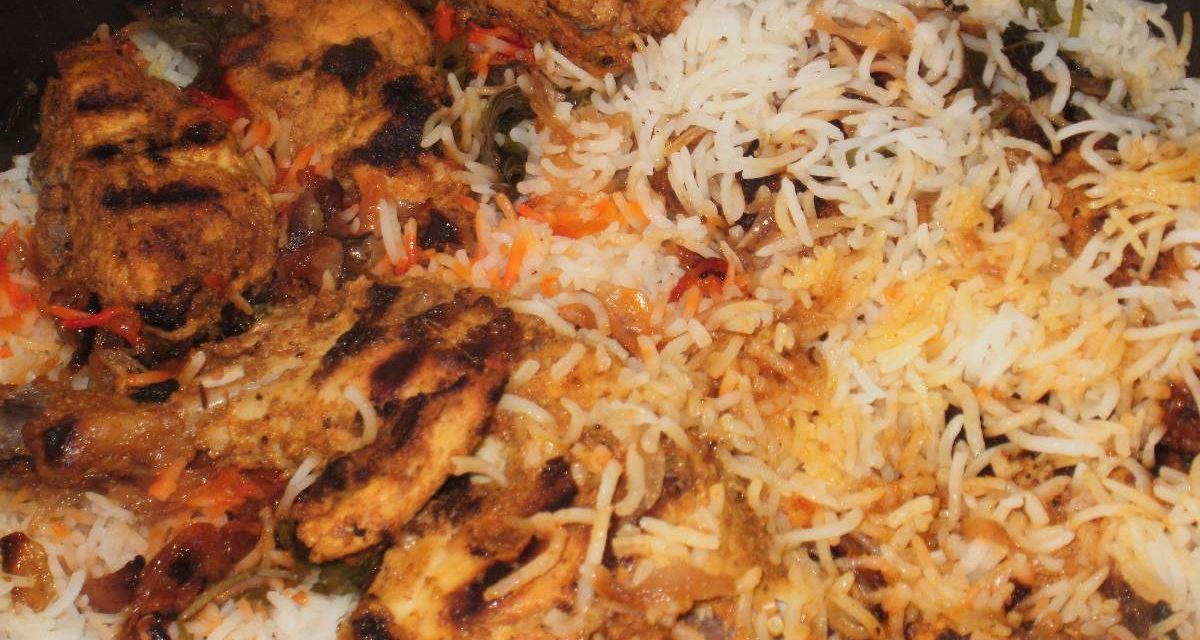 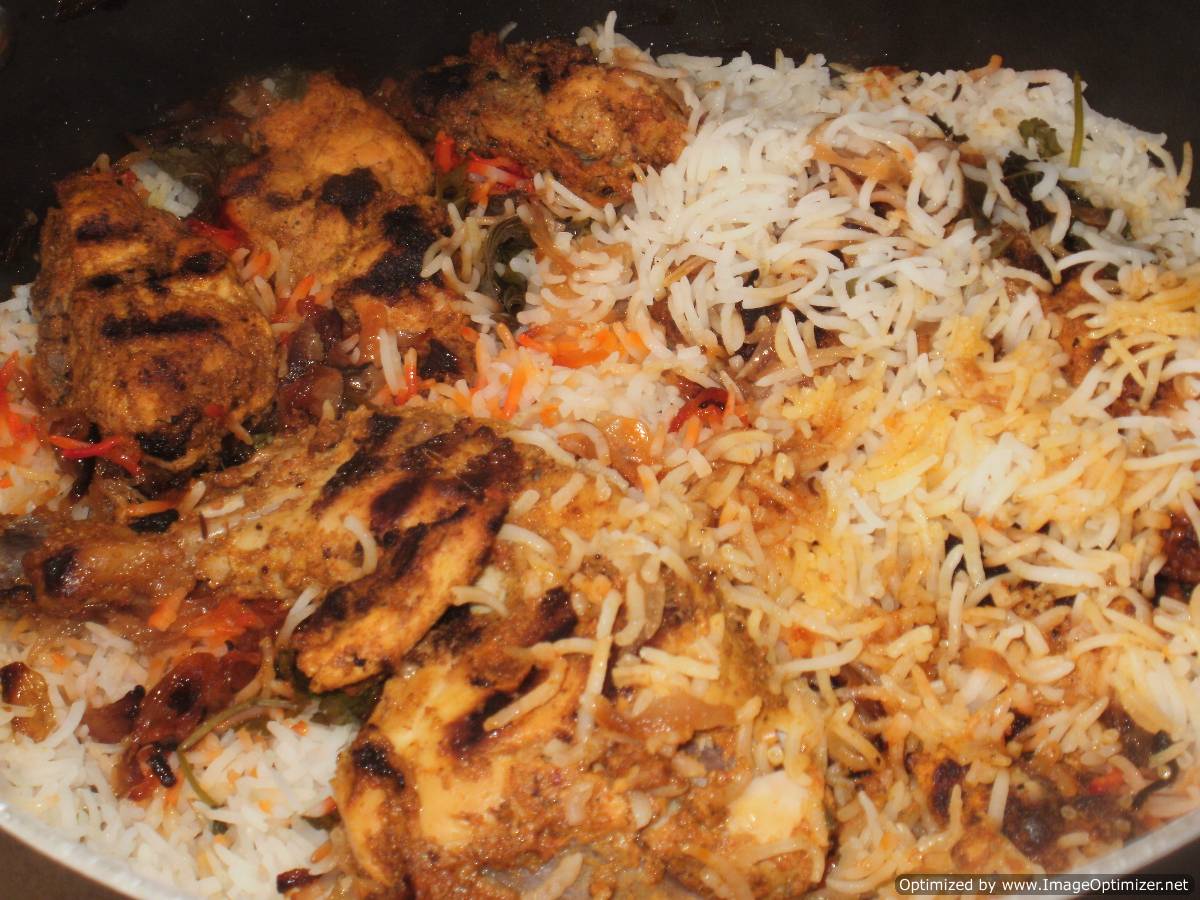 This dum chicken biryani is another variety of biryani which is originated recently, it is prepared with different bbq flavors here in this recipe it is prepared with chicken tikka flavor. Though hot coal is used to give it bbq flavor but you can also bbq the chicken on grill then follow the same procedure for this biryani.

1. Marinate chicken with the ingredients mentioned for tikka except oil and leave for 3-4 hrs. or for overnight.
2. Boil water for rice (take double quantity of water so that water level should 4-5 inch above the rice level.
3. Meanwhile in a heavy sauce pan heat oil for chicken and then cook over low heat until chicken would become completely tender and all water of chicken vanishes from it.
4. Add whole spices, vinegar and salt to the boiled water and after 5 min add rice to it. When rice starts bubbling from center and sides and ¾ done then drain all the water from the rice using strainer and let it cool.
5. Heat coal to give bbq flavor to chicken, place it on foil paper and drizzle some oil over it place it immediately onto the chicken piece and cover the lid tightly so that smoke would not escape out.
6. Now prepare gravy for the chicken, for that you need to fry onion in oil until become light golden, then add rest of the ingredients except yogurt until tomatoes tender completely and make fine gravy.
7. Then add yogurt and cook it until oil starts to separate form the gravy, after that add chicken to it and mix well.
8. Take a large sauce pan spares half of the rice onto the base of the pan spread whole chicken gravy over it, sprinkle chopped coriander, mint and green chilies, cover again with remaining rice and then sprinkle food color mixture, biryani essence and hot ghee one by one onto the top center of rice in circular pattern.
9. Cover the lid tightly and place the pan over high heat for 5-8 in then reduce the flame to low and cook for further 15-20 min until strong steam fill into the pan. Make sure your sauce is large enough that it should ¾ filled otherwise rice will not cook properly.
10. Serve the hot dum chicken biryani in a beautiful serving platter with raita. 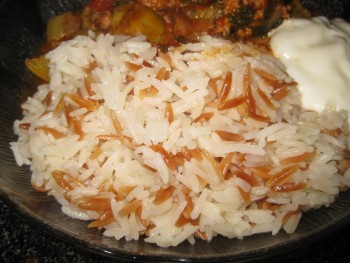 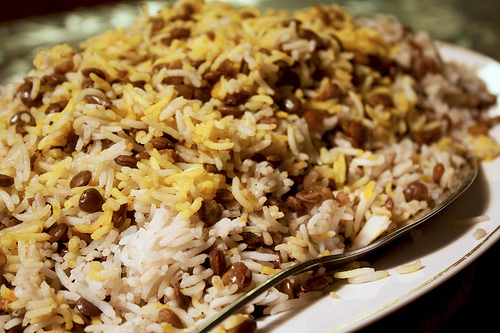 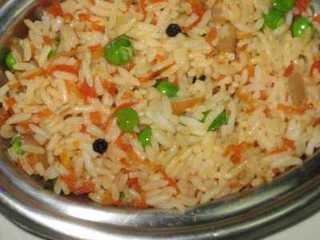