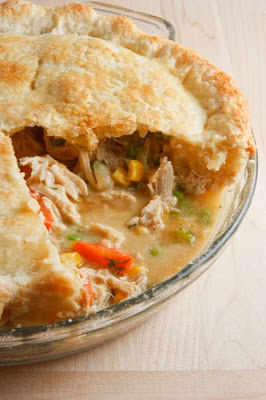 Chicken pot pie is a modification of baked patties in which crust is used as outer covering instead of puff pastry and is shaped like a baking pie dish, while inside delicious chicken and vegetable gravy is used as stuffing in place of dry chicken stuffing. In this recipe crust recipe is also given hence its name homemade chicken pot pie.

1. Mix all the dry ingredients first in a mixing bowl and then mix butter into the dry mixture.
2. Now knead the dough using milk. The dough should be soft so that it could easily be rolled.

1. Take a sauce pan, add chicken stock and vegetables and let them cook together on medium heat until boil.
2. After that add cream and baked chicken pieces and cook for further 2-3 minutes on medium heat.
3. Now add cornstarch to the mixture until it becomes thick like custard.

1. Take a pie pan of 9-inch and roll out the dough over it, the thickness of dough approximately half inch.
2. Now pour the prepared stuffing onto the pan so that it would just below the surface of the pan.
3. In the end, cover the pan with rest of the dough and seal it from every side.
4. After that place the pie pan in oven at 350 F and bake for at least 30 minutes until it becomes golden brown.
5. When the pot pie is done take out the pan from the oven and let it cool at room temperature then serve it by cutting into pieces. 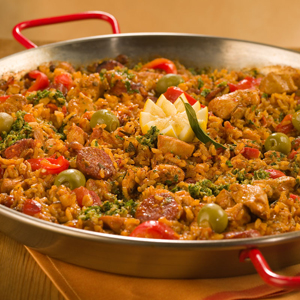 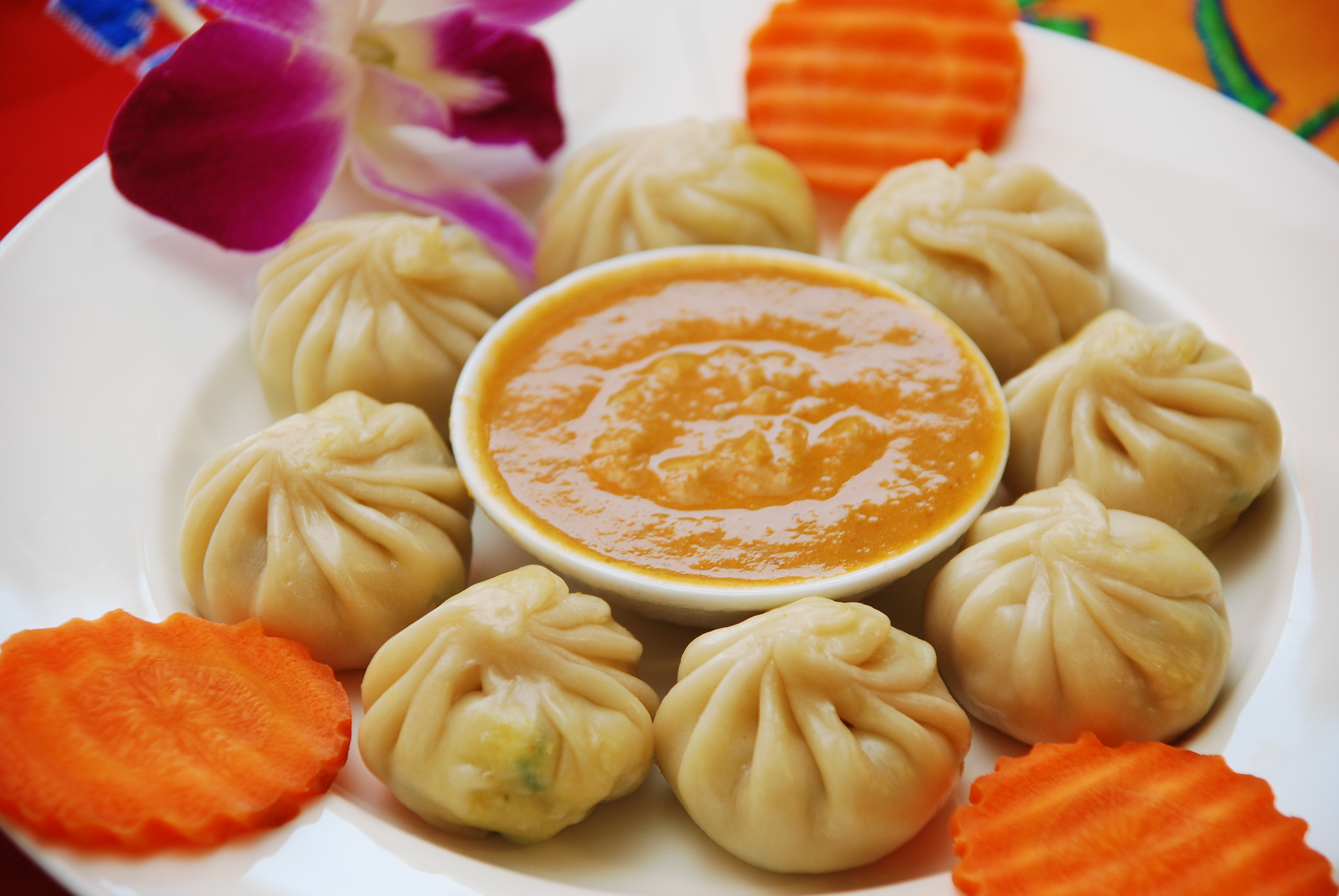 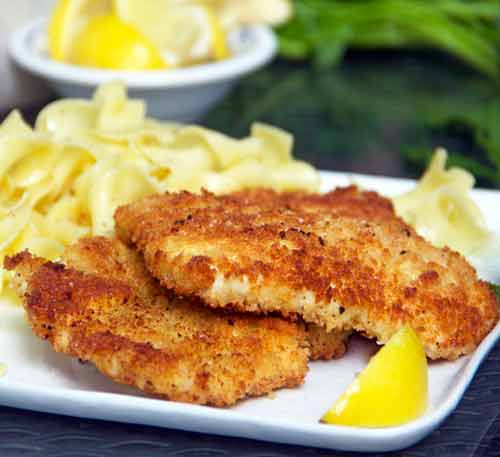