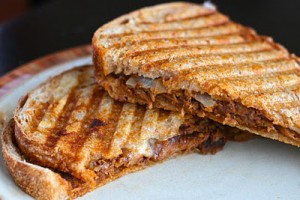 This chicken panini recipe is prepared with crockpot bbq chicken and then assembled with a different vegetable dressing. The dressing actually enhances the flavor of this panini as it has lots of sour and spicy taste just because of pickled cucumber and gherkins but addition of caramelized onion reduces the level of sourness. In short, this would be one of the good panini recipe you have ever seen.

1. Preheat grill pan or panini press on high.
2. To prepare dressing for this chicken panini, combine caramelized onion, gherkins and pickled cucumber and mix with mayonnaise.
3. In order to assemble your panini; butter the slices of bread on the outside. On the inside of one slice sprinkle some mozzarella cheese, then place prepared bbq chicken on it and spread a medium thick layer of mayo dressing and then cover with another slice of bread.
4. After that place the panini sandwiches onto the preheated grill pan or panini press for just 5 mins, till cheese is melted and the bread has nice grill marks on it. 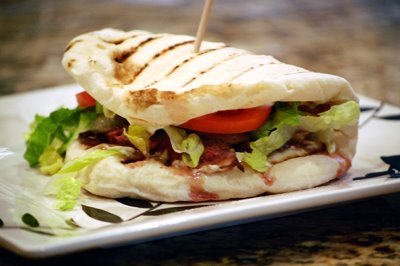 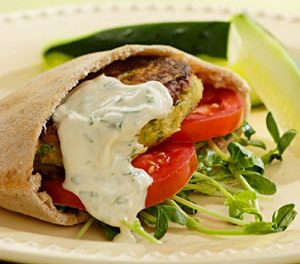